Dr. H. Tak Cheung came to the United States from Hong Kong in 1969 to begin his undergraduate education. He graduated from the University of Wisconsin, Oshkosh, in 1972 and received his Ph.D. in immunology from the University of Wisconsin, Madison, in 1977. After serving two years as a postdoctoral fellow, Dr. Cheung joined the Department of Biological Sciences at Illinois State University in 1979. Cheung's career was characterized by his commitment and dedication to his students and colleagues.

He began his academic career focusing on his disciplinary training in immunology/microbiology. He maintained a research program on the development and aging of the immune system; he received over $1.3 million from the National Institutes of Health and American Cancer Society to support his research program. Through these resources, he trained over 100 undergraduate and graduate students in research; he directed and guided 12 Ph.D. dissertations and 13 Master’s theses. Research from his laboratory led to 80 professional presentations and 38 publications in peer-reviewed journals.

In the second half of Dr. Cheung’s academic career at Illinois State University, he took on a new challenge. It began in 1995, when Dr. Cheung taught a non-major introductory biology course in the new General Education program as a one-time assignment. Unbeknown to him, Dr. Cheung would go on to teach this course until fall of 2012. Over a 17-year period, over 30,000 students took this course. Students praised Dr. Cheung's teaching in making biology relevant and applicable to their lives through his story-telling approach, humor, and wit. To supplement the course, Dr. Cheung wrote three textbooks and developed multi-media applications, laboratory exercises, podcasts, and online lectures.

In 1997, Dr. Cheung became the acting chair of the Department of Biological Sciences; in the following year, he became the permanent chair and served until his retirement in June 2010. During his tenure, he contributed to the operation and organization of the department, including the transition of the Department of Biological Sciences to the School of Biological Sciences. Dr. Cheung strongly advocated faculty and student research, resulting in an increase in research productivity and external funding during his tenure. He also emphasized charitable giving; through his stewardship, the School endowment grew by more than 15 times.

After his retirement, Dr. Cheung continued to teach until the end of 2012. His passion and commitment in making biology relevant and applicable to the general public, however, remain strong and vibrant. He now directs his attention from the classroom to the general public by transferring his expertise in teaching non-major biology to writing books for the mass reading public.

Dr. Cheung is an avid photographer, enjoying the beauty of the visual world through his camera lens. Many of his photos have been published in calendars and books. He will continue to combine his photos with his writing to introduce biology to the general public. 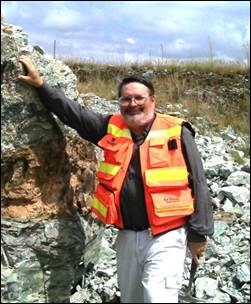 Robert Manson North is Manager of Long-Term Resource Modeling for Tenke Fungurume Mining Company, an affiliated company of Freeport-McMoRan Copper & Gold Inc. in the Democratic Republic of Congo. Bob, a native of Des Plaines, graduated from ISU in 1974 with a degree in Geology and subsequently earned an M.S. degree under S.S. Goldich at Northern Illinois University in 1977. Foremost, the four man ISU Geology faculty taught Bob to appreciate geology as a field science.

Picture provided by Theophilus Osei-Poku, Senior Geologist, Tenke Fungurume
North began his career in 1978 as Mineralogist for the New Mexico Bureau of Mines and Mineral Resources in Socorro. Bob became interested in the ore deposits of New Mexico, spending nearly ten years researching the geology, mineralogy, and mining history of the region. The result was numerous publications and presentations on the metallic deposits of New Mexico and their distribution in time and space. He participated in the first New Mexico Mineral Symposium in Albuquerque (1979), subsequently organizing and nurturing the event as Chairman of symposiums 2 through 8 in Socorro, resulting in the well-respected forum of professional and amateur mineralogists that now enters its 35th year.

Bob left the Bureau in 1988 to work as Project Geologist at Phelps Dodge Corporation’s Morenci copper mine in Arizona, one of the world’s largest copper producers. Here, he learned all aspects of estimating mineral resources including the design and implementation of mapping and drilling programs, building databases and computer models of deposits, and the estimation of metal grades. He continued as Senior Geologist in Morenci, and Chief Geologist at the Chino Mine in New Mexico. Bob transferred to Exploration in Oro Valley, Arizona in 2006 as Senior Consulting Geologist, giving him a chance to widen his focus from a single mine to a larger cross section of the geographically diverse mines and prospects of Freeport-McMoRan Copper & Gold, who acquired Phelps Dodge in 2007. This work included preparing and reviewing computer geological models of deposits of copper and molybdenum in North and South America and copper and cobalt in Africa. Currently Bob is assigned to Tenke Fungurume Mining where he leads and trains a group of Congolese and ex-pat geologists in preparing detailed computer geological models of structurally complex deposits in the African Copperbelt.

Bob’s work in the mining industry has directly contributed to reserve additions in the US, South America, and Africa of in excess of fifteen billion pounds of copper, an essential building block of 21st-century society. North has remained committed to furthering the study of geology in the field by providing many mine tours to university students and promoting geology education as an enthusiastic supporter of ISU’s John Wesley Powell fund that provides funds to support geology activities in the field.

Bob married Pat Sanchez in 1982 and they have three daughters, Julia, a teacher in Phoenix, and Robyn and Cecilia, students at Western New Mexico University. North is a Fellow in the Society of Economic Geology, a Registered Member of the Society for Mining, Metallurgy and Exploration, and a Certified Professional Geologist. 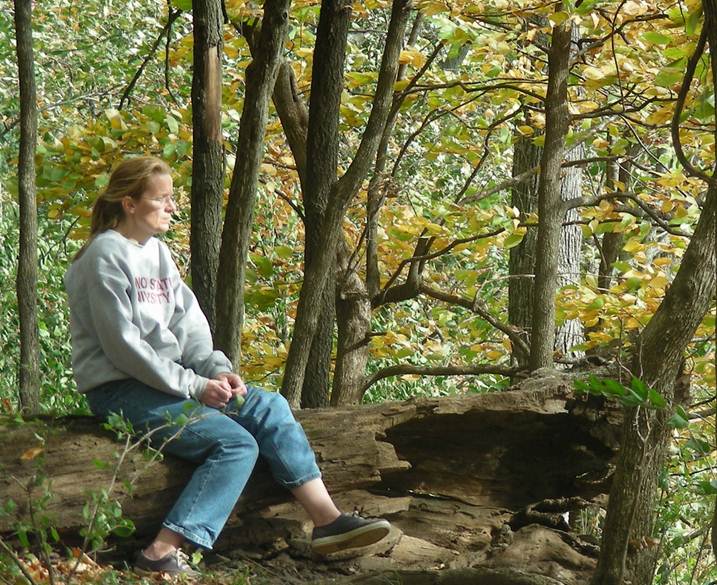 Dr. Joni J. St. John was born on a farm near Cornell, population 500, in central Illinois. She came from a family with four generations of Illinois State University students. Her grandparents and father received their degrees in teacher education, and her son is currently a sophomore. Dr. St. John received her B.S. '85 and Ph.D. '89 from Illinois State University before attending the University of Illinois School of Medicine. She completed her pediatric residency program at St. Francis Medical Center in 1996. Her career and outlook were shaped by three distinct phases in her professional life.

The first phase was between 1996 and 2003, when she served the rural community of her home town as a primary care physician. She joined the St. James Medical Group in Pontiac as the sole pediatrician serving Livingston County after completing her residency. She was dedicated to her patients, often staying on call for two weeks at a time. She was respected and drew high praises from her patients and colleagues as an effective, skillful, and committed physician.

In the second phase of her professional career (from 2003 to 2005), Dr. St. John took a position as a consultant and attending physician at the Shanghai Children's Medical Center, Shanghai, China. During this period, Dr. St. John had the opportunity to practice medicine in a rapidly changing country. She worked with local physicians to establish patient care standards in one of the premier children's hospitals in China. She was valued by her Chinese colleagues, who admired her professionalism and compassion for her patients. Her contributions during this period were held in high regard by her colleagues and the hospital administration.

The third phase of her professional career is from 2008 to the present. Dr. St. John founded Vermilion Press, a publishing company devoted to publishing books on pediatric psychiatry, because she felt there was a need to educate the public on mental disorders that affect children. Her goal as a publisher is to provide opportunities for authors to publish their stories on obsessive compulsive disorder and other mental illnesses. In addition to serving as a publisher, Dr. St. John is also an author. Her most recent book, Finding X: One Family's Solution to Obsessive Compulsive Disorder, will be published in August 2013.

Her work as a primary care physician in rural America, her experience in practicing medicine in a foreign culture, and her current capacity as a publisher and author have given her the tools to bring greater awareness of health care for children in American and around the world. Her goal is to use the power of the print and electronic media to educate the public on the importance of physical and mental wellbeing of children.

Dr. St. John resides on a farm acquired by her great-grandfather who fought in the American Civil War. The Vermilion River flows through the farm and provides the beauty and serenity that inspire her to grow vegetables, plant trees, and write.