Wallace “Wally” Anderson is a radiologist with Advanced Diagnostic Imaging, Ltd. in Belleville, Illinois. Anderson, and his wife April, have three children. He comes from an ISU legacy family, as his mother and sister are also alums of Illinois State.

Stephane Booth is Associate Provost for Academic Quality Improvement and Associate Professor of History at Kent State University. She recently published Buckeye Women: The History of Ohio’s Daughters. Booth and her husband David (an alum of the ISU Chemistry and Mathematics Departments) established the Mark Wyman Scholarship Fund for History and the Kenneth N. Berk Fund for Graduate Student Research in Statistics and have made significant contributions to the Herman E. Brockman Fund for the Alumni Seminar Series in Genetics at Illinois State.

David Brusick is Vice President of Covance Laboratories, Inc. in Vienna, Virginia, and resides in Washington, DC. He wrote the first textbook on genetic toxicology and is a highly regarded specialist in the area.

Brusick has served as President of the Environmental Mutagen Society, and in 1984 he received the Alexander Hollaender Award in recognition of outstanding contributions in the application of the principles and techniques of environmental mutagenesis to the protection of human health.

In 1994, Brusick received ISU’s Alumni Achievement Award which is presented to alumni whose achievement in their field or avocation have received favorable statewide, national, or international recognition. Brusick is a strong supporter of the Biological Sciences Department at ISU, in particular the Herman Brockman Fund. 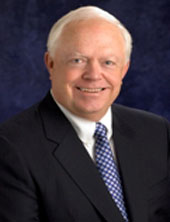 John Dossey completed his Ph.D. in Mathematics from the University of Illinois in 1971. He was a member of the faculty of mathematics at Illinois State from 1967 until his retirement in 1998, and he is now Distinguished Professor Emeritus. He is the author of a number of well-known mathematics textbooks and many scholarly articles.  Dossey's professional involvements are extensive, including the presidency of the National Council of Teachers of Mathematics, chair of the Conference Board of the Mathematical Sciences, and chair of The College Board’s Mathematical Sciences Advisory Committee.

In addition, he has served on several committees for the National Research Council, U.S. Department of Education, National Center for Education Statistics, International Educational Evaluation Association, and Organization for Economic Cooperation and Development (OECD). In 1985, Dossey received ISU’s Alumni Achievement Award, which is presented to alumni whose achievement in their field or avocation have received favorable statewide, national, or international recognition.

Marc Bulandr is President of Sociohomes in Arlington Heights, Illinois. He created Sociohomes as an alternative real estate company based on his empathy for clients’ requirements. In his young career, Bulandr has experience selling and managing to the Midwest Fortune 500 and has sold transactions in size ranging from $100 to $12 million.

Bulandr, his wife Jennifer, and three children, Haley (8), Jacob (7), and Joshua (1) also live in Arlington Heights. The Bulandr family has supported the Chicago Abused Women’s Coalition, their family church, and the Pulmonary Fibrosis Foundation. They have also established the Bulandr Family Endowment Fund in the Department of Sociology and Anthropology. Bulandr is a member of ISU’s Foundation Board of Directors. \

Kurt Frank is a public affairs director for the Social Security Administration. As such, he hosts a radio program on Social Security law currently carried on several regional radio networks. He is on the board of directors of the Quad City Business Advisory Council and a member of the Public Relations Network of the Quad Cities.

He is also a member of the Mensa Society and Toastmasters. In 2002, Frank was awarded the regional “Great Communicator” Award for his work in public affairs for the federal government. He served as a member of the Illinois State University Regional Campaign Committee for the Rockford/Quad Cities/Ottawa area. Kurt is a strong supporter of the ISU’s Biological Sciences and Politics and Government departments.

Fred Gletten is a gastroenterologist at the West Gastroenterology Group in Los Angeles, California. While at ISU, Gletten was co-captain of the football team and a member of Kappa Phi Mu. He later received a master’s degree in microbial biology and his M.D. from Howard University. He completed his medical training at UCLA and is board certified in internal medicine and gastroenterology.

Gletten has had a very distinguished medical career. In addition to his medical practice, he is an assistant clinical professor of medicine at UCLA. Gletten is a member of the Los Angeles Area ISU Alumni Chapter and the ISU Black Colleagues Alumni Association and has been a strong supporter of the Biological Sciences Department at ISU.

Pat Huffman is Vice President of Operations for Institutional Financing Services, one of the nation’s largest direct marketing firms focused upon school fund-raising programs. He began his career at Nestle-Beich, and spent much of his career working in the chocolate and confectionery industry, rising to position of plant manager.Huffman spent several years as president of Herman Goelitz Candy Company, best known as the maker of Jelly Belly ® jelly beans. He has been honored by the industry for his achievements in education and technology and has held leadership posts in all confectionery industry organization.

He has been a strong supporter of the Chemistry Department at ISU. In 2001, Huffman received ISU’s Alumni Achievement Award, which is presented to alumni whose achievement in their field or avocation have received favorable statewide, national, or international recognition.

Marvin Kleinau received his Ph.D. in 1970 from Southern Illinois University, where he served as professor of speech communication and Dean of the College of Communication and Fine Arts. Kleinau has received numerous awards over the course of his career in education including the Illinois Speech and Theater Association’s Outstanding Education Award, the Amoco Foundation’s Outstanding Teaching Award, and the Edith Harrod Award for Meritorious Service to Speech Education.

Kleinau is also an ordained minister for the Community of Christ Church. He served on ISU’s Southern Illinois Regional Campaign Steering Committee and he is a strong supporter of ISU’s Forensics Program and the Department of Communication.

Phares O’Daffer received his Ph.D. in Mathematics from the University of Illinois in 1968 and is an emeritus professor of mathematics at Illinois State University, where he taught for 20 years and wrote over 100 books for mathematics students and teachers.

O’Daffer was awarded ISU’s E. Burton Mercier Alumni Service Award and the Founders Academy Old Main Society Award with his wife Harriet. He currently serves on the BroMenn Hospital Board, and on many other church and service organization committees. The O’Daffers have established a graduate fellowship for the Mathematics Department, an endowment for equipment in the Center for the Performing Arts and a conference room in the Athletics Department. 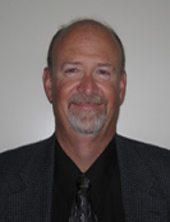 Bob Shears received his MBA in Finance from Roosevelt University in 1998 and now serves as acting President of Maytag, International in Chicago, Illinois. Recently named one of America's Most Admired companies, Maytag Corporation is a $4.7 billion home and commercial appliance company.

Maytag's presence in markets around the world includes direct sales operations in Australia, Mexico, Puerto Rico and the United Kingdom. The corporation's export sales and marketing, licensing of brands, and international joint ventures are coordinated by Maytag International in Chicago, Illinois.

Shears has taken his physics degree from ISU, and combined it with business skills to become a leader in this Fortune 500 Company. He recently served as chair of the Northern Chicago Regional Campaign Committee for ISU’s Comprehensive Campaign. SShears is a strong supporter of the Physics Department at ISU.

Recently, Shenoy and her husband Vittal established a trust for the Mayo Clinic Foundation and also willed a significant portion of their estate to the Communication Sciences and Disorders Department at Illinois State University. Shenoy is on the ISU Foundation Board of Directors. In 2002, she received ISU’s E. Burton Mercier Service Award in recognition of her outstanding service to the University and to humankind.

Tom Wicke received his master's degree in labor and industrial relations from the University of Illinois and graduated with a law degree from Western State University in 1978. In 1982 he joined the firm of Lewis, Marenstein, Wicke and Sherwin in Woodland Hills, California becoming a senior partner in 1991.

In addition to his trial and administrative work, Wicke has six published decisions to his credit, which have greatly benefited the members of public employee pension systems. He is a frequent and noted guest speaker at seminars throughout California on disability pension issues. Wicke is a member of the Los Angeles area ISU Alumni Association. He has been a strong supporter of the Psychology Department, the International Studies Program, and the Pre-Law Program at ISU.

Larry Williams heads a State Farm agency in the Austin community of Chicago. He has earned the CLU professional designation as well as the CPCU and ChFC designations. Williams has served on the board of Neighborhood Housing Services and is active with the American Cancer Society, PRIDE and Phi Beta Sigma fraternity.

Williams and his wife Annie Smith Williams (a 1977 graduate of the University) have two children, D’Ana (a student at Illinois State) and Michael. He has been a strong supporter of the Political Science Department and as a result, in October 2000, 302 Schroeder Hall was named the Larry C. Williams Seminar Room. Williams is on the ISU Foundation Board of Directors.